Something that you desire has a particular frequency about it. The frequency is what you’re really after. The thing, the person, the job, whatever it is, is not really what you are seeking. It carries a certain resonance. It represents something to you that can also be found within you.

But when it is outside of you, it is so much easier to appreciate. You can touch it. In some cases you can drive it or live in it. In some cases it will tell you that it loves you. And therefore, it is very attractive. I am not telling you to not want those things for yourself.   Instead to help you understand why you want the things that you want and what they represent to you.

If you can look within  and feel for the absence of those frequencies that they represent, then not getting what you want in life will serve you very well. Because then you can identify where you have those apparent holes within yourselves that you are looking to fill. So what is it that you want in life? And what is the frequency that it carries for you? And can you feel within yourself the absence of that frequency?

Nothing is really necessary here, other than awareness. Intention for you to find that frequency within yourself would be the next step.  The frequency does in fact exist inside of you, but it lies dormant. So you do not have to conjure it up or drum it up out of thin air. It is in there. It is just not active.

Feel around for it, knowing that it is in fact there and that you can activate it with your intention, with your focus, with your desire, and simply by acknowledging that you are whole, just as you are, and that nothing is required to give you a sense of completeness. You are complete. And the more you feel for that completeness, the more those frequencies will naturally activate themselves. 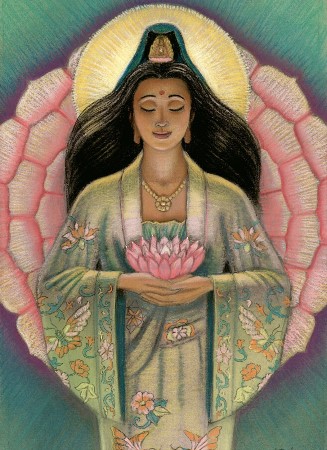 The power of our thoughts seems sometimes almost limitless.

Our thoughts are still a mystery to scientists but new studies promise interesting results that people of all ages can find useful in their daily lives.

We have previously seen how our thoughts possess the immense power to change our reality.

A study conducted by psychologists Ulrich Weger and Stephen Loughnan reveals that our thoughts can release abilities beyond normal limits. Our thoughts could actually improve our vision.

“Contrary to the assumption that vision worsens with age because of physiological limitations, the experiments we report here tested whether vision can be improved through psychological means,” the scientists write.

Weger and Loughnan “There seems to be a simple way to instantly increase a person’s level of general knowledge.

People in one group were told that before each question, the answer would be briefly flashed on their screens – too quickly to consciously perceive, but slow enough for their unconscious to take it in.

The other group was told that the flashes simply signaled the next question. In fact, for both groups, a random string of letters, not the answers, was flashed. But, remarkably, the people who thought the answers were flashed did better on the test.

Expecting to know the answers made people more likely to get the answers right,” the Scientific American reports.

According to Weger and Loughnan vision may be improved by changes in one’s consciousness.

We believe that mind-sets regarding vision limit visual performance. Mind-sets are often referred to as cognitive processes that support solving various , such as visual tasks.

They incorporate implicit task-related expectations people hold about actions, behaviors, activities, and people and are often the result of mindless processing of potentially relevant information. Mindlessness is characterized by an absence of active, conscious information processing and reliance on cues that have been built over time or have been appropriated from another source without new interpretations.

Research has shown that participants who form such mind-sets perform in accordance with their mindless beliefs, often worsening their outcomes, “Weger and Loughnan state in their paper.

“Recent research by Ellen Langer and colleagues suggests otherwise. It is a common belief that fighter pilots have very good vision. The researchers put people in the mindset of an Air Force pilot by bringing them into a flight simulator.

The simulator consisted of an actual cockpit including flight instruments. The cockpit was mounted on hydraulic lifts that mimic aircraft movement and performance.

People were given green army fatigues; they sat in the pilot’s seat, and performed simple flight maneuvers. They took a vision test while “flying” the simulator. A control group took the same vision test in the cockpit while the simulator was inactive.

People’s vision improved only if they were in the working simulator.

To rule out the possible effect of motivation, the researchers brought another group of people into the cockpit and asked them to read a brief essay on motivation. After people finished reading, they were strongly urged to be as motivated as possible and try hard to perform well in the vision test. The test was conducted while the simulator was inactive. They did not show a significant improvement”‘

“These studies suggest that vision is limited, at least in part, by mindlessness. Although our studies made positive use of mindlessness, far greater and sustained improvement is likely to follow from mindfulness. Mindfulness does not rely on a second person’s intervention; it is self-generating and self-sustaining. To take full advantage of mindfulness, however, one first has to question one’s mindless beliefs about what is and is not possible”, Weger and Loughnan conclude.

What you love, and how, and why, that determines everything. The more you can bring it all to the table, in service of the Great Mystery that brought you into being and carries you in every moment of your life, the more fully you’ll experience the power of Love to hold the Universe — not to mention your life — together.

Life wants to happen through You!

You don’t have to do much other than get out of your own way….

Love is your nature….

Let it flourish and life shall unfold accordingly….. 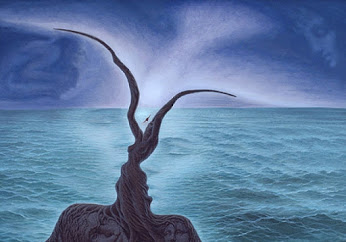 The key is to always see the Other as a Self (walk in their footsteps), and to recognize the Self in the Other (take back all projections). Once we begin to do that, we enter the vast open space of communion, compassion, and ultimately, common ground.

Although not proven, the multiverse theory remains a mathematically possible theory according to which there are numerous universes where we exist in a parallel worlds as a projection of our existence, not necessarily living identical lives, but with similar timelines due to co-existence.

Either in this reality or in any other parallel world, you make decisions that cast a reflection in your dreams, which brings us to one of humanity’s oldest question: what is the meaning of our dreams and why do some people dream about a future event? Are they a glimpse into a parallel universe or an alternate reality?

In the ancient Greek and Roman cultures, dreams were considered messages from the gods. The Chinese looked upon dreams as a gateway to the world of the dead, and the American Native tribes and Meso-American civilizations had no doubt that dreams come from a world they visit while their bodies are asleep.

Ancient Egyptians treated those who were able to interpret dreams with a great deal of respect, as they were convinced such blessed individuals possessed special powers.

Today we think of dreams as a projection of past events or emotional states that had a greater impact on our subconscious. But it would not be surprising to us that our dreams are a peek into another life where we live the existence we crave in this reality.

Sometimes we have colorful, vivid dreams and other times our dreams have a soundtrack (a familiar sound mostly). Mystics had a sense for the outer world, far from our plain of existence, where ghosts and spirits endlessly roam.

Nowadays, thanks to our advanced technology, scientists are able to take scanned imagery of the sleeping brain, to unravel the science behind the magic of dreaming. As for the metaphysical analog, the theory of parallel universes cannot be tested, at least so far, despite the extensive conceptual borders now enclosing more abstract assertions (and once metaphysical) like Earth’s spherical shape, invisible electromagnetic fields, time relativity, quantum superstitions, black holes and curved space. Now, the multiverse theory is appended to the list.

“The fundamental problem of cosmology is that the laws of physics as we know them break down at the instant of the Big Bang. Well some people say what’s wrong with that, what’s wrong with having the laws of physics collapse? Well for a physicist this is a disaster. All our lives we’ve dedicated to the proposition that the Universe obeys knowable laws, laws that can be written down in the language of mathematics and here we have the centerpiece of the Universe itself, a missing piece beyond physical law,” Dr. Michio Kaku says.

People often experience a dream about a place they never visited, or even heard of. Perhaps such dreams are glimpses from what one experienced in a parallel universe.

We dream of events that will take place in the future, sometimes without even realizing we have any memory of that foretelling dream. Such dreams could also be incoming images from an alternate world where you are living a different life.

Who knows, perhaps some of our most special dreams are a window into a parallel universe. This is of course pure speculation, but without speculation and scientific curiosity we will never be able to learn more about the secrets of the Universe and our reality.

We can express it as cosmologist Max Tegmark once said: “When we ask a profound question about the nature of reality, do we not expect an answer that sounds strange? Evolution provided us with intuition for the everyday physics that had survival value for our distant ancestors, so whenever we venture beyond the everyday world, we should expect it to seem bizarre.”